Have you ever had that unsettling feeling looking at wax figures, dolls, or this?

Yeah, she kinda gives me the creeps too. That uneasy feeling we get is known as the “Uncanny Valley”. Introduced by roboticist Masahiro Mori, he theorized that the more human-like an object becomes to looking human the graph increases, but then takes a sharp downward slope before coming up again. That “valley” in the graph is the “Uncanny Valley” – the things that are model realism but aren’t quite human, giving an unsettling feeling.

The peak before the valley is the sweet spot of balancing realism with cartoony features. In the media, we tend to give more favorable feedback to icons like The Incredibles or Wall-e. The designed AI Avatars here at Traits AI are also at the peak. They’re more aesthetically pleasing for us since they can still move and emote like people, but don’t look too photorealistic. Artists and animators have flirted with the realism boundaries, but sometimes it fails entirely.

Often when movies try to look ultra-realistic, the inconsistencies in facial/body movements betray the illusion, making it look unsettling. This causes players to reject these movies due to the uncanny valley effect. For example, the 2001 Final Fantasy: The Spirits Within was a major box office bomb despite its considerable leaps in computer animation. This was the first animated film to attempt photorealism, but it still was lacking and could not make it out of the Valley. People do not readily accept photorealistic imagery as often as more cartoony counterparts.

Final Fantasy: Spirits Within vs The Traits AI Avatars 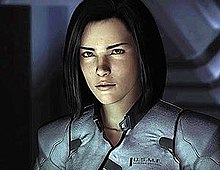 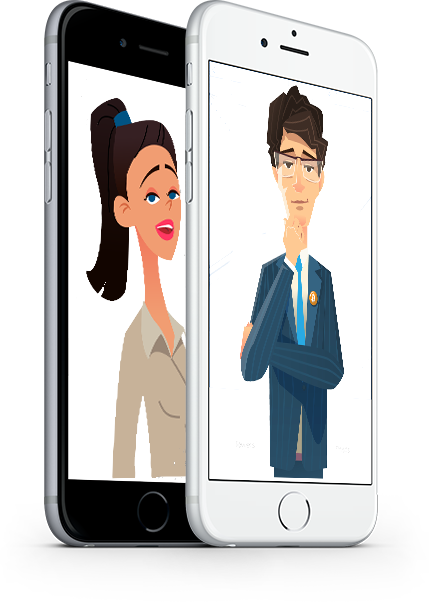 The reasons for this creep factor has been theorized by scientists for decades. Many theories have been proposed but none have thoroughly proved to be the source. For example, the Pathogen Avoidance Hypothesis proposes that we have a survival instinct to avoid unusual features/faces to avoid people who are carrying a contagious sickness. Other theories point out our ability to distinguish what does not make it look “right” and cause us to feel uneasy by violating our views of normalcy.

As technology is not advanced enough to allow us to avoid the uncanny valley when trying to replicate human likeness, Traits AI has opted to have cartoon AI representatives instead of human-like realism. However, as technology advances, such as deep-fakes and CGI, the future may hold the ability for robots to blend in as societal helpers! What do you think of the Uncanny Valley? Comment down below!

This website uses cookies to improve your experience while you navigate through the website. Out of these, the cookies that are categorized as necessary are stored on your browser as they are essential for the working of basic functionalities of the website. We also use third-party cookies that help us analyze and understand how you use this website. These cookies will be stored in your browser only with your consent. You also have the option to opt-out of these cookies. But opting out of some of these cookies may affect your browsing experience.
Necessary Always Enabled

Any cookies that may not be particularly necessary for the website to function and is used specifically to collect user personal data via analytics, ads, other embedded contents are termed as non-necessary cookies. It is mandatory to procure user consent prior to running these cookies on your website.